Home / Blog / Are We Ready For The Celebration

Are We Ready For The Celebration


Are We Ready For The Celebration

Our text in Matthew 25 is directly tied to the eschatology of the previous chapter. In fact this parable is a commentary, an expansion of Matthew 24.44, Therefore, you must be ready, because the Son of Man will come at an hour when you do not expect him. The second coming of Jesus is taught in all but 4 books of the new Testament. Jesus constantly referred to His return. There are 318 references to His return in the 216 chapters of the New Testament. This means that over 1/2 of the New Testament deals with the second coming of Jesus. Sheer numbers alone point out the importance of our subject this morning.

A Palestinian wedding was always an occasion of excitement, joy and festivities. The whole town would turn out to attend this event. The Jews had a saying, it said, Everybody from 6 to 60 will follow the marriage drum. The Rabbis even agreed that a man could forsake his study of the Law to share in the joy of a wedding feast. You remember Jesus’ first miracle was at a wedding feast where He turned water into wine in order to sustain a party atmosphere.

Now, we must know that a Palestinian wedding was not a sudden thing...But rather the climax to something that had been going on for sometime.
- First there was the engagement.  This was a settlement reached between the two respective fathers.
- Next was the betrothal.  There was a ceremony for this event and it was a binding contract. So binding in fact that, if the man should die before the wedding, the bride was referred to, and socially treated, as a widow. History tells us that if the betrothal was broken it was parallel to a divorce. Perhaps this is why Joseph lingered in his consideration of whether or not to put away Mary when she was found to be with child.
- Finally, about one year later there was the wedding which had its beginning with this festive celebration.  The wedding feast was usually held in the home of the bride. Do you begin to get the picture? The big event is about to take place. All is ready, everybody is waiting for the groom to show up. Notice here, if you will, that when Jesus pictures the church, the Kingdom of heaven, He does so in the purest of terms.....VIRGINS. Previously he had referred to the Kingdom of heaven as:

The pearl of great price,
A treasure in field.

It is never something cheap, blemished or dirty. He always pictures the high ideals and esteem which are appropriate for her.  As the groom tarried, perhaps delayed for some reason, the oil in the lamps begins to be used up.

I want you to spiritualize these events.  Are you thinking spiritually?  Let’s talk about the delay for a moment.  The reason is not given here, but we know the reason spiritually...Don’t we?....SURE! For you see, God is not slack in His promises as some would suppose, but He is long suffering.....Patient toward us....Not willing that ANY should perish, but that all would come to repentance. Church, Jesus lingers today for some of us....So we can get ready, because some are not ready now. He is giving you and your preacher time...Time for us to prepare:
- Ourselves,
- Our family,
- Friend,
- Neighbors.
Are we redeeming this valuable, precious time...Or are we wasting it?

His return is announced with a shout...Behold the bridegroom cometh! There should be nothing frightening about this announcement. After all it was the announcement they all were waiting to hear. This was the reason they came.

You see:
- They stayed prepared,
- Properly dressed,
- With lamps trimmed and ready.
Because they believed He could come any minute.

Do you see the problem? We are a lot like the foolish virgins in our narrative.

Well, the wedding party was divided; the church today is divided:
Five foolish.
Five wise.
- All had been invited.
- All had lamps.
- All had made preparations.
- All had dozed off.
- All heard the cry, behold He cometh.
But only five were ready, only five had sufficient oil in their lamps.

I don’t know how many of you have seen the lamps used in Jesus’ day or not. They were simple shallow oblong bowels, saucers with a curled lip around the side with a spout on one end. It was in this spout that a wick was laid, extending out beyond the lip of the saucer. The oil supply was small because the saucer was shallow.  Extra oil and wicks were often carried along with the lamp.

Now, why do you suppose five of these were not ready?  We’ll notice five possibilities.

FIRST THERE IS THE LACK OF FORESIGHT.
The five foolish virgins didn’t count the cost of discipleship. Christianity is a religion of perseverance. We must keep on keeping on. Paul, nearing the end of his life wrote, I have fought the fight, run the race, finished the course, kept the faith. Audience, it is foolish to think that one can cloth himself with Christ in the act of New Testament baptism and then sit down to do nothing. Listen to Paul as he concludes his letter to the church at Ephesus, Finally, be strong in the Lord and in his mighty power. Put on the full armor of God so that you can take your stand against the devil's schemes....Stand firm then, with the belt of truth buckled round your waist, with the breastplate of righteousness in place, and with your feet fitted with the readiness that comes from the gospel of peace. In addition to all this, take up the shield of faith, with which you can extinguish all the flaming arrows of the evil one. Take the helmet of salvation and the sword of the Spirit, which is the word of God....With this in mind, be alert and always pray for one another.

- James tells us, faith without deeds is dead...Faith without action is useless.
- John says, we must walk in the light in order to have our sins continually cleansed by the blood of Christ.
- The Seven churches of Asia were reminded that heaven’s reward was for:  Those who overcame, those who persevered.

Does this sound like we can just sit down and do nothing after we have accepted Jesus as our Savior?

SECONDLY, SOME AT THIS PARTY WERE INDIFFERENT.
They seemed to take the importance and significance of the occasion for granted. Are we like them? Ho hum:  Another Sunday, another Bible class, another sermon!  Wonder what time he’ll quit today?  How many of us are indifferent toward spiritual matters....taking our religion for granted?

Scripture is filled with warnings about being indifferent in religious matters:
- From Mount Sinai, the first commandment was, Thou shall have no other gods before me.
- Joshua challenged Israel and us her this morning with, Chose today whom you will serve, the gods of you forefathers and Egypt or Jehovah.
- The wise man Solomon wrote, Here is the conclusion of the matter: Fear God and keep his commandments, for this is the whole duty of man.
- Jesus said, the first and greatest commandment is love God with all your heart, mind body and soul.
- The church at Laodicea was chided because they were lukewarm, indifferent.  They had taken their religion for granted. You see, God asks us to be totally committed to Him. He must come first and foremost in our life, before:  Our family, our jobs, and our own fleshly desires.

We must not allow religious indifference keep us from being ready for Jesus’ coming.

THIRDLY, PERHAPS SOME WERE NOT READY BECAUSE OF THE LAKE OF ATTENTION TO DETAIL.
In spiritual matters, small things make a difference. Solomon tells us that small foxes spoil the wine. Scripture tells us that not one jot or title will pass from the law until all is fulfilled. Even the minutest detail is important to God. Jesus said, You have been faithful in the little things, I will make your ruler over many. Regardless of how we may deal with the big aspects of our religion, it can still be the little things that keep us from being prepared for His coming. Know this, this morning, little things can keep us out of heaven. We must pay attention to details.

NUMBER FOUR, SOME IN THIS PARABLE WERE PRESUMPTUOUS.
They presumed that they could borrow oil from others...Not so. You see, judgement will be one-on-one.
- Jesus, in the sheep and goat judgement pictured us as being judged on our own actions and reactions to others about us.
- In the great white throne judgement scene of revelation 20, John said, And I saw the dead, great and small, standing before the throne, and books were opened. An other book was opened, which is the book of life. The dead were judged according to what they had done as recorded in the books....And each person was judged according to what he had done. If anyone's name was not found written in the book of life, he was thrown into the lake of fire. Church, we are not saved:  As a family, as a church, or as a nation.  We will be saved on our individual response to Jesus. Are we ready for his coming?

THEN LASTLY THIS MORNING, SOME WERE THERE IN TRUTH, BUT NOT IN SPIRIT.
All guests were present for his coming. They had their lamps and oil. But their heart was not really in it. They were correct in form, but only going through the motions.  These would correspond to the pseudo-religious of today.
- They are in the church.
- They are careful to attend all the worship services.
- Some even become involved in a ministry system.
- They verbally contend for the faith.
But their heart is not really in it. Jesus called such folk what?.....HYPOCRITES. He is often found chiding the Pharisees for their doctrinal soundness without proper motive....He said:
* You pray long prayers,
* You disfigure your face in your fasting,
* You give to the poor in public places,
* You seek the high seats in Synagogue,
All to be seen of others.

This is right religion with wrong motive. To the woman at Jacob’s well in John chapter 4, Jesus said, The time is coming and has now come when the true worshippers will worship the Father in spirit and truth, for they are the kind of worshippers the Father seeks. God is spirit, and his worshippers must worship in spirit and in truth.
- The five foolish virgins looked good,
- They were in the right place,
- Doing the right things,
But their heart was not really in it.  Folk, when Jesus comes, all things will be laid bare, we will be seen as we are, not as we seem to be. Are we really ready for His coming?

The saddest portion of this narrative is found in verse 10, the last five words, AND THE DOOR WAS SHUT. You see, it made little difference what the excuses might have been, it is now too late...Much too late. There will be no second chance. There is an awesome finality to, and the door was shut. The opportunity for response to God’s amazing grace had passed, forgiveness was now impossible.
- Today is the day of salvation, now is the accepted time.
- The Spirit and the Bride say come.
- All Things Are Ready Come To The Feast.

The last words spoken by our Lord in the Bible were, Behold I come quickly.

Are we ready for the celebration?  You can be by:  Faith, Repentance And New Testament baptism, immersion in water for the forgiveness of your sins.

Perhaps as a baptized believer you have been: indifferent, not paying attention, presumptuous, or just going through the motions of acting religious.

Change today...Get ready for His coming. 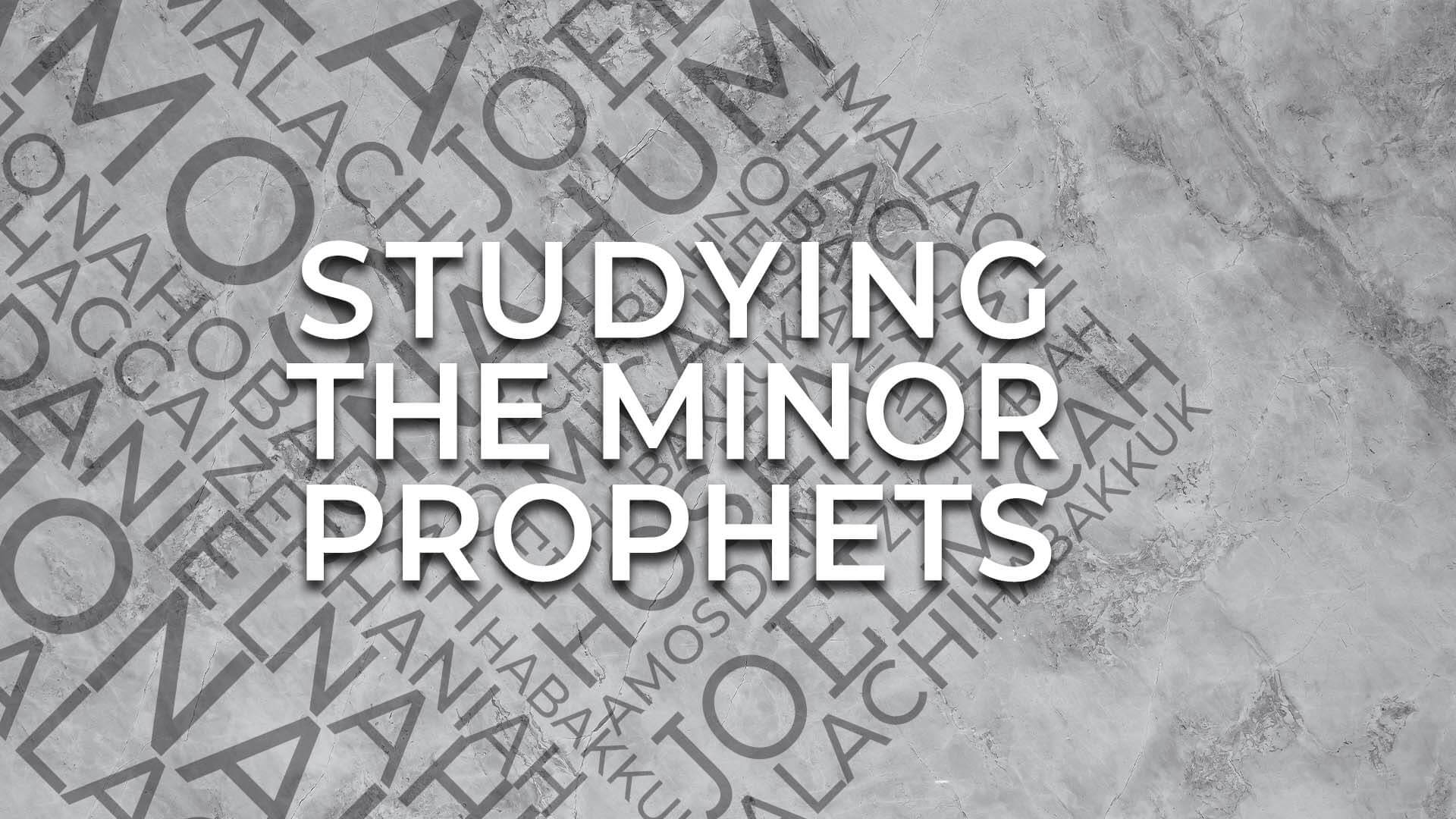