The Biblical Dynamics Of Baptism

The Biblical Dynamics Of Baptism

In our previous session together we tried to make the point that... in the Book of Galatians... Paul calls us to be... Changed people... DIFFERENT PEOPLE... HOLY MEN & WOMEN... Living a new life

Listen to Paul as he testifies of his conversion and ours... I have been crucified with Christ... I no longer live, but Christ lives in me. The life I live in the body, I live by faith in the Son of God, who loved me and gave himself for me... For we are all sons of God through faith in Christ Jesus... For all of you who were baptized into Christ have clothed yourselves with Christ.

This new lifestyle has its beginning in what Jesus called...

Ģ More appropriately... BORN FROM ABOVE.

Listen as Paul references this New Beginning in two Scriptures...

Romans 6.3... DonÆt you know that all of us who were baptized into Christ Jesus were baptized into his death? We were therefore buried with him through baptism into death in order that, just as Christ was raised from the dead through the glory of the Father, we too may live a new life.

Second Corinthians 5.17... Therefore, if anyone is in Christ, he is a new creation. The old has passed away; behold the new has come.

Church... How can we miss the point that we are to become different people... And that... this fresh start... This New beginning... New life... Has its start in our conversion... At the point that our faith leads to baptism.

where God has placed Water BAPTISM in our salvationģ

Firstģ We note how God has used water in some familiar Biblical Narratives.

For instance... Noah and his family were saved by water.

When we think of Noahģ We think of his salvation being from water... Not by water.

We usually think of the ark as being the agent of their salvation.

You seeģ WeÆve supposed something to be true for so long that weÆve accepted it as truth.

Listen to what Peter saysģ Christ died for sins once for allģ The righteous for the unrighteousģ To bring you to God. He was put to death in the bodyģ But made alive by the Spiritģ Through whom also He went and preached to the spirits in prison who disobeyed long ago when God waited patiently in the days of Noah while the ark was being built. In it only a few peopleģ Eight in allģ were saved through waterģ Our King James and NASV saysģ SAVED BY WATER.

The Bible says that the water of the flood was that which saved Noah... Giving them... A fresh start... A new life... In a new world.

Israel was delivered from Egyptian bondage by water.

Paul speaks of such water salvation in First Corinthians tenģ He says Israel was delivered by water baptismģ For I do not want you to be ignorant of the factģBrothersģ That our forefathers were all under the cloud and that they all passed through the sea. They were all baptized into Moses in the cloud and in the sea.

Naaman was cleansed by water.

Elisha told Naaman to go dip himself in the Jordan seven times.

It is interesting to note that in the Septuagint... The Greek translation of the Old Testament scriptureģ The word translated dip is baptizo.

You seeģ God placed water between this manÆs leprosy and his cleansing.

Jesus useS water in the healing of a blind man.

John chapter nine records Jesus spitting on the groundģ Anointing a blind manÆs eyes with this spittleģ And then telling him to go wash in the Pool of Siloam.

The significant thing is that when he washed in the water he was healed.

Ģ Or by just touching the eyes as He did two blind men in Matthew chapter nine.

But this time He placed water between this manÆs blindness and his seeing.

Notice now where God has placed water baptism in our salvation.

Yesģ God could have saved us some other wayģ Anyway He had chosen...

He chose water baptism to be an essential part of our salvation.

He has placed baptism between being In Christ and being Out of Christ.

There are at least thirty-four New Testament references to being IN CHRIST.

In factģ We are told that all spiritual blessing are IN CHRIST...

Ģ Ephesians 1.7 saysģ In Christģ We have redemption and forgiveness of sins...

Ģ Romans 8.1ģ There is NO condemnation to those who are in Christ.

Ģ 2 Corinthians 5.17ģ If any man be in Christģ He is a new creatureģ

Ģ 1 John 5.11ģ God has given us eternal lifeģ And this life is in his Son.

Considering these Scriptures... Who would want to be outside of Christ?

Listen again to these two verses which tell us how to get INTO CHRIST.

Galatians 3.26-27ģ You are all sons of God through faith in Christ JesusģFor all of you who were baptized into Christ have put on Christģ Have been clothed with Christ.

The preposition INTO presupposes that one is outside.

No one can come into this building unless he is outside of it... RIGHT?

No one can be baptized INTO Christģ Or INTO the benefits of His deathģ Unless he is outside of Christ before that baptism.

No one can be clothed with Christ unlessģ First he was unclothed.

God has placed water baptism between our being IN CHRIST and out of Christ.

Ģ After baptismģ He no longer sees our sinsģ But the righteousness of His Son.

And John saysģ As we strive to walk in the lightģ God continues to see us this wayģ Because the blood of Jesus continues to cleanse us from all our sin.

No wonder it is call the Gospelģ Good newS!!... Good news indeed!!

God has placed baptism between guilt and forgiveness.

In Acts 2.38ģ Peter told his Pentecostian audienceģ Repent and be baptized every one of you in the name of Jesus... for Two things... the remission of sinsģ And the gift of the Holy Spirit.

The second passage to teach baptism stands between sin and forgiveness is found in Acts 22.16. Ananias tells Saulģ Ariseģ Be baptized And Wash your sins away. Saul had seen the Lord on the Damascus Roadģ

Ģ He spent three days in remorseful repentance and prayerģ But NOTE THAT HE STILL HAD HIS SINģ Ariseģ And be baptizedģ And wash away Your sins.

If his sins had been forgiven back on the roadģ at his instance of hisģ believing and confessionģ Then there would have been no need for this command.

You seeģ If we take Acts 22.16 at face valueģ It emphatically says that God has placed baptism between guilt and forgiveness.

Baptism stands betweenģ Being DEAD IN SIN and being ALIVE IN CHRIST.

Listen carefully to Colossians 2.12-13ģ In BAPTISMģ We were buried with Him and raised with Him through our faith in the power of Godģ Who raised Him from the dead. When we were dead in our sinsģ God made us alive with Christ. He forgave us all our sins.

Ģ When were we made alive in Christ?

Ģ When did He forgive us all our sins?

Paul saysģ It was in the act of New Testament baptism.

Jesus places baptism between our being savedģ And being lost.

Mark16.16 has Him sayingģ He that believes and is baptized shall be saved.

Baptism is placed before salvation in this passage.

The Greek is more emphaticģ He who has believed and who has been baptized will be saved.

Baptism stands between unbelief & acceptance of the Gospel message.

Acts 2.41 readsģ Those who accepted his message were baptizedģ And about three thousand were added to their number that day.

Acts 8.12 says... When they believed Philip as he preached the good news of the kingdom of God and the name of Jesus Christ... They were baptized... Both men and women.

Ģ If we really accept the message...

Then we will be baptized... Because God has placed baptism between unbelief and full acceptance of Jesus as the Christ.

Paul writesģ For by one Spirit are we all baptized into one body.

If we are baptized into the bodyģ Then it stands to reason that we are not in that body before baptism.. Right?... But we are in that body after baptism.

Ģ The Kingdom of Godģ

Ģ The family of Godģ The household of Godģ Until he is baptized into that Body.

Jesus explains The Dynamics of New Testament Baptism to Nicodemus sayingģ Except a man be born of water and of the Spiritģ He cannot enter the Kingdom of God.

Some have tried to say that Jesus is speaking of two births here.

Ģ That the water is referring to our physical birth...

Ģ And that the word spirit refers to a spiritual birth.

But notice this.... There is only one preposition... Born of water and the Spirit.

Ģ Whoever is born of waterģ

Ģ Is also born of the Spiritģ

At the same time.

Jesus is speaking of only one birth in this text... Not two!!

Perhaps we need to point out that you will see the preposition OF twice in our King James Bibles... But the second one is italicized.

This means it is not found in the original Greek and has been added by the translators.

In Acts 2.41-47ģ Luke saysģ Those accepting the message were baptized and the Lord ADDED to their numberģ To the churchģ To the bodyģ To those being saved.

Baptism stands between an individual being IN or OUT of the body of Christģ The Kingdom of Godģ The Churchģ The body of the savedģ GodÆs householdģ His family.

Then finally... God has placed baptism between remorse and rejoicing.

Three narratives of conversion in the Book of Acts mention the new converts as rejoicing after their baptism.

Ģ Acts 2.46... And they continued daily with one accord... In the temple... In breaking bread... From house to house they did eat with... Gladness of heart!

Ģ Acts 8.39... The Spirit caught away Phillip, and the Eunuch went on his way... REJOICING!

Perhaps it best we close by reading 1 Peter 3.18-21ģ Christ died for sins once for allģ The Righteous for the unrighteousģTo bring us to God. He was put to death in the body but made alive by the Spiritģ He also went and preached to the spirits in prison who disobeyed long ago when God waited patiently in the days of Noah while the ark was being built. In it only a few peopleģ Eight in allģ Were saved through water.  The like figure where unto even baptism does also now save usģ Not the removal of dirt from the bodyģ But the pledge of a good conscience towards God. It saves us by the resurrection of Jesus Christ.

Noģ Salvation is not in the waterģ But is in our obedience to God.

Baptism is the answer of a good conscience toward God.

Baptism is doing what God asks us to do without questioning why.

Why would anyone of us say NO to God this morning?

Obey our text... For we are children of God by faith... For as many as have been baptized into Christ have been clothed with Christ.

Become His child byģ Faithģ and New Testament baptismģ Immersion in water for the forgiveness of your sins.

Let God add you to the churchģ The Kingdomģ His familyģ To the body of the saved.

This morning.... Right Now... May we all do what is necessary to be forgiven and Heaven bound... As we stand and sing this invitation song. 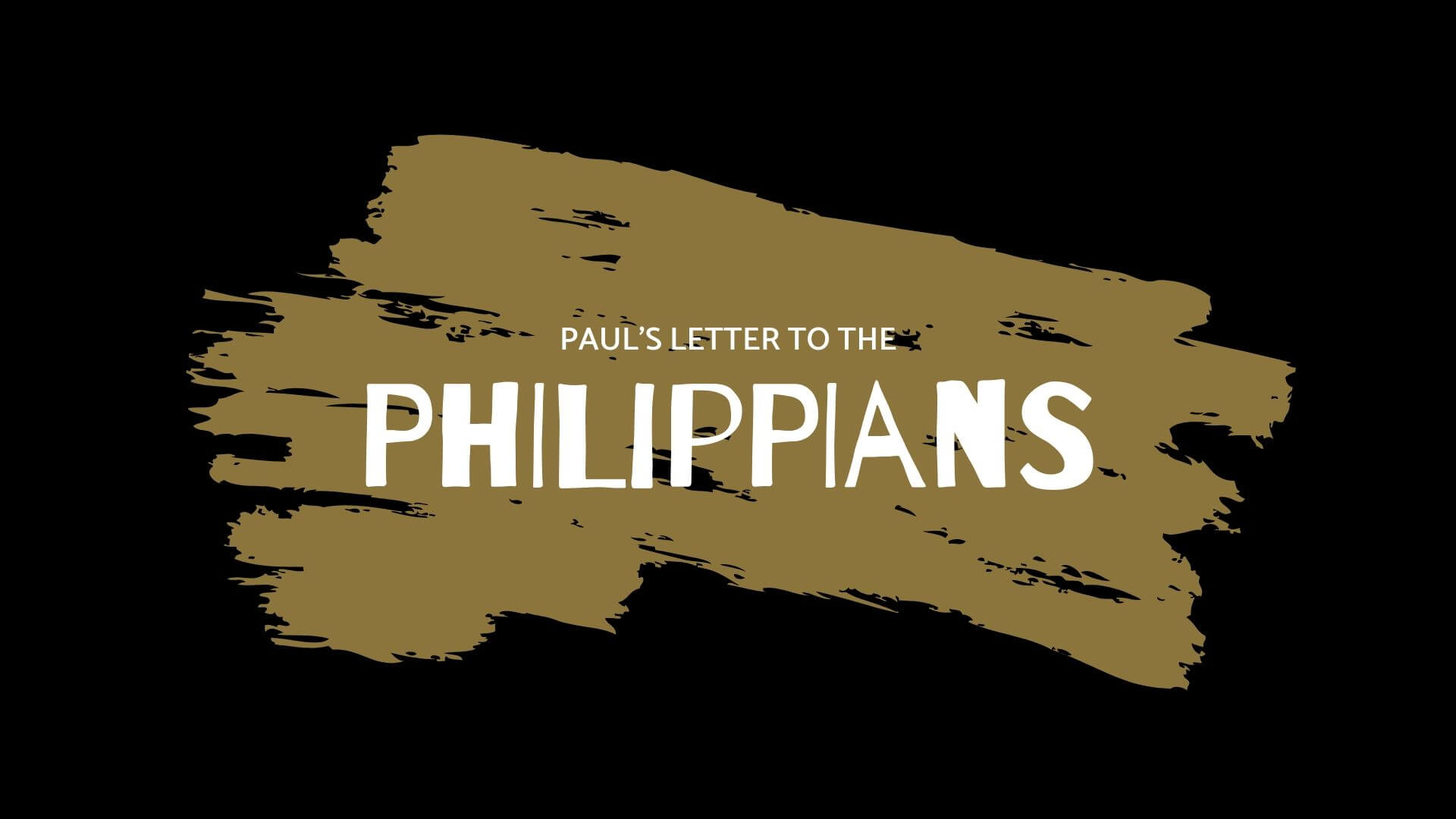 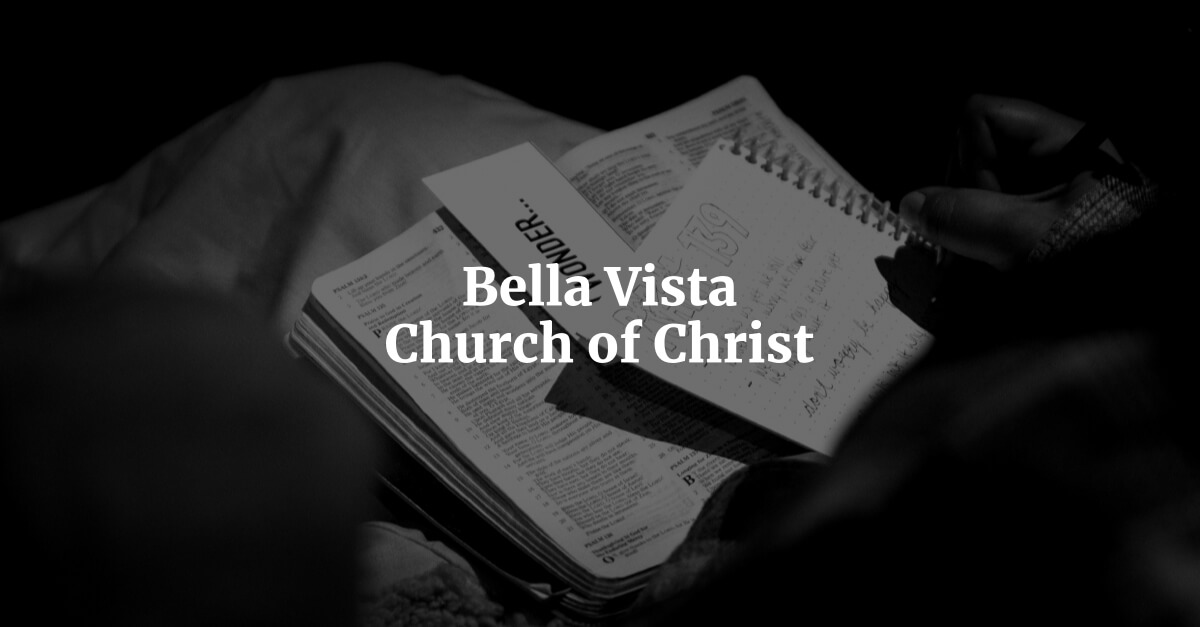