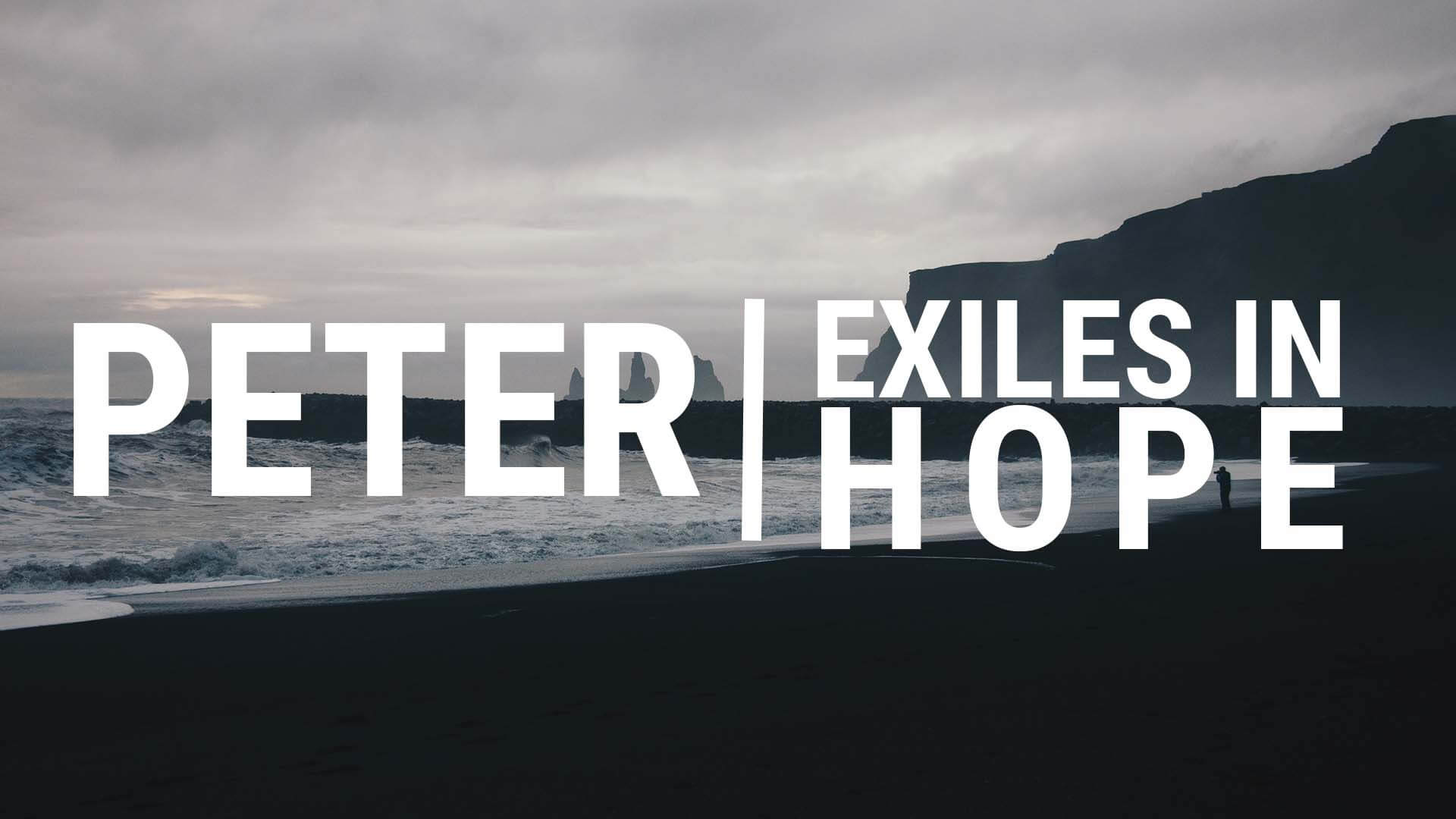 A People of Grace

Series Through 1 and 2 Peter

Good morning church! Good to see everyone here today. If you are visiting with us, thank you. You make our day. We hope that you find this worship service something that draws you closer to God.

It's Independence Day!! A day we celebrate. A day when we honor a band of people who were tired of being dominated by a nation across the ocean and declared that we are independent. We can do this on our own. Those who made their way from Europe to brave this new way of life knew that it was on them to survive. They knew they had to work for whatever it was that they had. At great personal risk and at the cost of a lot of lives, we are able to live in a free country. I hope we are thankful for that. I know that this nation is not perfect and I know that we haven't been perfect, but we are free.

This country still holds out "the America Dream." The idea that if we work hard and focus we can achieve our goals. We can have a good life, no matter from where we may have started. The opportunity is there with enough work and perseverance.

I wonder if that what makes grace such a difficult concept for us. Grace. God's blessing and favor poured out on us because of no other reason than we are made in his image. God's unmerited (unearned) favor. For years in our history in the churches of Christ we shied away from talking about grace. There was a time that if a preacher spoke too frequently on the topic of grace he would be viewed as liberal at best, or let go at worst. But, it may go deeper than just thinking of grace as a license to sin. It may be that the idea of something given to us that we didn't earn or work for goes against our American DNA.

I remember sitting in a economics class many years ago (more years ago than I care to remember) and hearing the professor repeat this statement every single day, "There's no such thing as a free lunch." We have been taught this. And, as a general rule, when it comes to living and earning a living and surviving and thriving in our culture, it seems to be true. There is always a cost. There is always a catch. If we want one thing, we may have to give up something else in order to have it.

We are suspicious of people who think they can get something for nothing. We think they must have something wrong with them if they expect to be able to do nothing and get something for it. That's just not right. We wonder what happened to the good old fashioned work ethic. I'm in favor of work. Like many of you, a good work ethic was modeled for me and expected of me as a kid. Not only does it just seem right to work for what we get, the Bible seems to take that stance in many cases as well. God told Adam in Genesis 3 that by the sweat of his brow he would eat his bread.

Listen to these familiar Scriptures from Proverbs:

Whoever works his land will have plenty of bread,

but he who follows worthless pursuits lacks sense. (Proverbs 12:11)

Whoever is slack in his work

Whoever works his land will have plenty of bread,

but he who follows worthless pursuits will have plenty of poverty. (Proverbs 28:19)

10 For even when we were with you, we would give you this command: If anyone is not willing to work, let him not eat. 11 For we hear that some among you walk in idleness, not busy at work, but busybodies. 12 Now such persons we command and encourage in the Lord Jesus Christ to do their work quietly and to earn their own living.

We agree with these statements. But when it comes to God's grace that is offered, that we can't do enough to earn, yet he gives it anyway, it seems foreign to us. It is a difficult thing for us to grasp.

How do we really feel about God's grace? Jesus challenges those of his day to wrestle with this question. In Matthew chapter 20, Jesus tells a parable about a master of a house and day laborers. It seems that there is a master who is in charge of a vineyard and the harvest is ready. So, he goes to town where he can find those who work as day laborers to help him. This apparently was somewhat common in Jesus's day. This master goes early in the morning and hires a crew and agrees to pay them a day's wages for a day's labor. He goes back again a little later, then again, then again and finally one more time for a total of 5 trips. Now, this just isn't done, but Jesus tells this story to really illustrate his point. At the end of the day, the workers all line up to receive their pay starting with the last ones hires. They receive a full day's wages. Now, this probably seems like good news to the others; after all if the ones who only worked about an hour got a full day's pay the rest could probably expect a lot more. But, every worker, from those hired first to the ones hired last got the same pay. They don't think that's right, so they tell the master that. "We've been here through it all. We have worked through the heat of the day. Now, you're gonna pay these guys who couldn't get hired by anyone else and who only worked a fraction of what we worked the same as us? This ain't right!"

The master responds like this, "Friend, I am doing you no wrong. Did you not agree with me for a denarius? 14 Take what belongs to you and go. I choose to give to this last worker as I give to you. 15 Am I not allowed to do what I choose with what belongs to me? Or do you begrudge my generosity?"  There's the question right there. Do you (do we) begrudge God's generosity?

I assume that we are all good with God showing us mercy and extending grace. But are we ok with others receiving it as well? Are we happy that someone who has thumbed their nose at God and lived an incredibly immoral life can have the same relationship with God that we can if they will turn to him? Are we ever tempted to be a little like the older brother in Jesus's parable of the prodigal son?

The truth is that we are all here because of God's grace. We may have grown up in church and been at Sunday school ever since we could sit up. We may be able to say like the rich young ruler that "all these things I have done since my youth." We may have been part of the kingdom of God most of our lives. We may be a brand new Christian. We may be someone who has lived what most would see as a morally upright life, or we may have spent a long time living in open rebellion to God until we came home to him. We are all here because of his grace.

For Christ also suffered[b] once for sins, the righteous for the unrighteous, that he might bring us to God, being put to death in the flesh but made alive in the spirit, 19 in which[c] he went and proclaimed[d] to the spirits in prison, 20 because[e] they formerly did not obey, when God's patience waited in the days of Noah, while the ark was being prepared, in which a few, that is, eight persons, were brought safely through water. 21 Baptism, which corresponds to this, now saves you, not as a removal of dirt from the body but as an appeal to God for a good conscience, through the resurrection of Jesus Christ, 22 who has gone into heaven and is at the right hand of God, with angels, authorities, and powers having been subjected to him.

He knows who did the work so that we could be reconciled to God. Did we see it?

What did we do? Responded to his offer and received baptism. Baptism. It's not a work. It is an admission that we were dead and can be made alive. It is not a work. It is submission to God. It is a new birth. I love that comparison and it fits so well, doesn't it? Birth. The one being born is relatively passive in the process, while the mother does the work. It's called labor. She does the work so that the child can have life. The beautiful thing about this new birth is that we can choose it. God wants us to choose it. God has done everything so that we can choose it. This is grace.

Peter doesn't just know about grace, he knows what to do with the grace that we have been given. Allow it to change us and to serve others with open hands. Listen to what he writes in chapter 4 verses 7 through 11:

The end of all things is at hand; therefore be self-controlled and sober-minded for the sake of your prayers. 8 Above all, keep loving one another earnestly, since love covers a multitude of sins. 9 Show hospitality to one another without grumbling. 10 As each has received a gift, use it to serve one another, as good stewards of God's varied grace: 11 whoever speaks, as one who speaks oracles of God; whoever serves, as one who serves by the strength that God supplies—in order that in everything God may be glorified through Jesus Christ. To him belong glory and dominion forever and ever. Amen.

Be sober minded - remember where we came from. Love deeply as love covers a multitude of sins. I think that speaks to our relationships with one another. We see that we have been forgiven so we refuse to keep of record of wrongs that we have experienced from others. I believe this is especially important as Peter has encouraged his readers to live lives that would draw others to Christ. That might mean that some of the people who come to Christ may have previously been their enemies. They may be the reason that some of the Christians are suffering. Peter says, you have been recipients of God's grace. Extend that same grace to others.

We have received this same call. Grace is not our to hold on to. We are not containers of grace. We are to be conduits of God's Grace. We are to serve with open hands. When we receive God's grace we may be tempted to hold on to it and not let it go. It is, after all, incredibly valuable. The problem is that with a closed hand neither we nor the people around us can receive any more. God has given us grace and we are to serve others with it and because of it so that in everything he is glorified. I think this is what Jesus talks about in the parable of the talents. The one who tried to keep it, to make sure he didn't lose it, who held on to that talent with a clenched fist had it taken from him and given to one who would make use of it.

There's no doubt that we have been given a great gift. God's grace is absolutely marvelous and beyond our comprehension. He has extended grace to us because of his great love for us. And he has asked us to take a hold of it, take advantage of it, and allow it to change us so that we love and serve others the way he does. 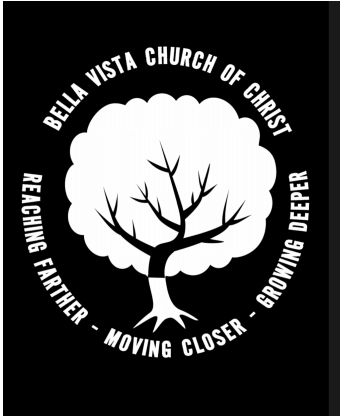